Heidi Shamsuddin was born in Malaysia, and spent part of her childhood growing up in Seattle, Washington and Petaling Jaya, Malaysia. After leaving school, she studied law at Nottingham University, obtained a postgraduate degree in corporate law, and after taking her Bar exams, eventually worked as a maritime lawyer in a London law firm. In 2007, she returned home and began to write fiction.

Heidi is now an award-winning author of stories inspired by Southeast Asia for both children and adults. Her first short story Johan the Honey Hunter, won the regional prize for the Eye Level Children’s Literature Award in 2012. Shortly after, she signed an eight-book contract with Oyez! Books to write The Door Under the Stairs series for children. Since then, she has written and published short stories, readers and picture books including The Malay Tale of the Pig King, which is based on the Malay epic, Hikayat Raja Babi.

In 2017, she was invited as a speaker to the Asian Festival of Children’s Content (AFCC) in Singapore to talk about the folktales of the region, and in 2018 she was invited to give a TEDx talk at University of Malaya on why we still need our fairy tales. In 2017, her screenplay for Batik Girl won the Intellectual Property Creators’ Challenge (IPCC) Award and was made into an award-winning short animated film by R&D Studio and Tudidut Studio. Batik Girl has gone on to receive the Honorable Mention in Audience Favorites award at the Florida Animation Festival, Best Animated Short Film prize at the Festival de Largos y Cortos de Santiago 2019 in Chile, as well as Gold Medal in the Regional category at the 20th Digicon6 Asia in Japan.

Heidi has recently embarked on a project to collect and adapt the folklore, fairy tales, fables, myths, epics, legends, wonder and magic tales from all around the Nusantara region, with the aim of spreading and disseminating these traditional tales. As a way to reach a wider audience, she began an online project to highlight and discuss these stories on her YouTube channel (Heidi Shamsuddin) and at www.heidishamsuddin.com. 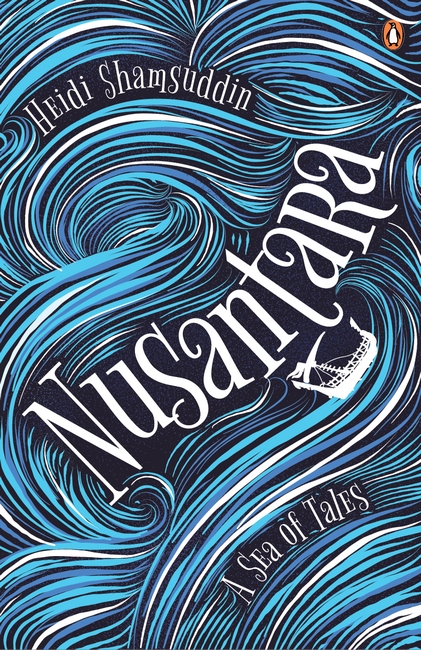 Nusantara - A Sea of Tales