Norman Wilwayco, eLearning developer living in Sydney, is the recipient of two Grand Prize for Filipino Literature from the Palanca awards; first for his debut novel Mondomanila, and second, for his sophomoric work, Gerilya.

He grew up in three different regions across the Philippines: Cebu, Mindanao, and Metro Manila. He’s been a toy maker, a carpenter’s apprentice, an undertaker’s helper, a scriptwriter for a children’s TV show, a clerk, and a graphic designer.

His first novel, Mondomanila, received the Grand Prize for Filipino Literature from the Palanca Awards in 2002. The gritty, revenge-embezzlement story gained a cult following and has been adapted for the screen.

He has also written several short stories collected in Responde and Rekta. One of his short stories, Kahon, has received first prize from the Gawad Ka Amado.

He also writes for the big screen, working with independent filmmakers. His most recent one, co-written with the director, Leave if for Tomorrow for Night Has Fallen won Best Screenplay at the Cinema One Originals Digital Film Festival.

Migrantik is his third novel. 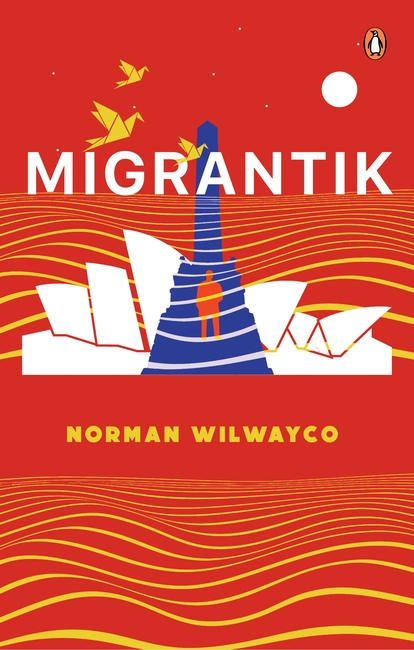