RM Topacio-Aplaon is a novelist from Imus, Cavite, Philippines. He has published two novels in Filipino under the University of the Philippines Press. The first one, Lila ang Kulay ng Pamamaalam (loosely, Lilac is the Colour of Farewell), published in 2015, was shortlisted for the National Book Awards and the Madrigal-Gonzales First Book Award. It also earned a runner-up citation from the Gawad Gintong Aklat by the Book Development Association of the Philippines. His second novel, Muling Nanghaharana ang Dapithapon (Dusk Serenades Again) was published in 2018. Both comprise the Imus Novels, a septology centered on Topacio-Aplaon’s hometown. The five remaining books will be published by the same press, with Topograpiya ng Lumbay (Topography of Grief) set to be released this year. He attended the University of the Philippines National Writers Workshop in 2016 and served as panelist at the Philippine Readers and Writers Festival in 2015 and 2018. He has taken part in promoting local literature to students of writing. Alguien ya contó las horas (Somebody has already told the time), a collection of short stories, essays, and poems in English, was published in 2018 by Balangay Productions, an independent press based in Cavite. Topacio-Aplaon currently works for a global sustainability-adherent company based in Manila. He was also a painter and an amateur musician. At Night We Are Dancers is his first English-language novel. 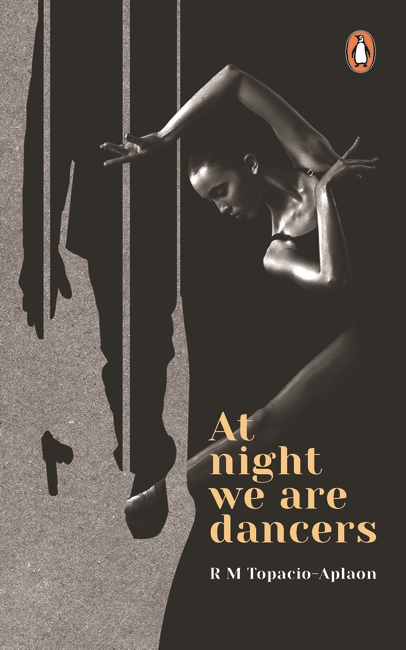 At Night We Are Dancers