Ven. Dr. Douglas Cheolsoeng Gentile, Ph.D., is an award-winning research scientist, educator, and author. Professor Gentile conducts research on the media’s impact on children and adults, as well as how mindfulness practices can reduce anxiety and improve happiness. Named as one of America’s best 300 professors by the Princeton Review, he is a fellow of several scientific organizations, including the American Psychological Association and the Association for Psychological Science. In addition, Ven. Douglas Cheolsoeng Gentile is a Zen Buddhist monk and meditation teacher. With decades of scientific research and training in several styles of Buddhism under his belt, he has dual expertise in Western psychological science and Eastern philosophy.
He wrote and narrated the best-selling audiobook Buddhism 101: How to Walk Easily over Rough Ground and Meditation: The Busy Person’s Guide to Cultivating Compassion and Positive Mind States. Dr. Gentile has appeared on NPR’s Morning Edition and the BBC World Service, and his work has been featured on CNN, Good Morning America, The Today Show, The New York Times, The Washington Post, Los Angeles Times, and hundreds of other media outlets around the world.
Holding a doctorate in child psychology from the Institute of Child Development at the University of Minnesota, Dr. Gentile is the author or editor of several books and well over 140 peer-reviewed scientific studies. He holds a M.Div. from Buddha Dharma University and has also trained at the multi-lineage Interdependence Project in New York City. 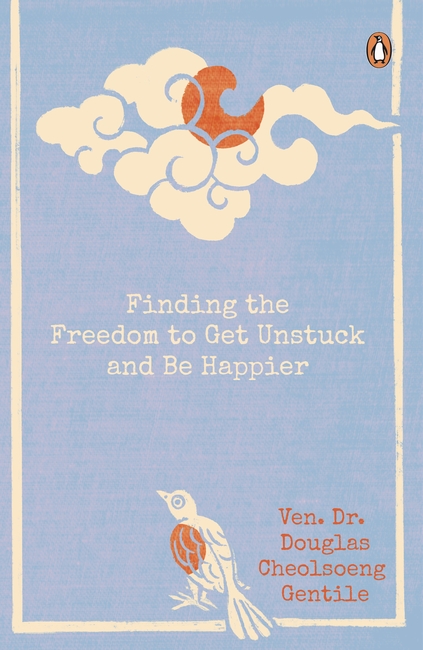 Finding the Freedom to Get Unstuck and Be Happier