William James was born in the United States in 1956. His father worked as an engineer for the phone company; his mother was a homemaker. After graduating from high school, James enrolled at Rutgers University where he earned a bachelor’s degree in English. Following his undergraduate studies, he taught literature and creative writing for a number of years before entering Columbia University where he earned a Master of Education degree from the Klingenstein Center for Independent School Leadership. A passion for travel and adventure took James to Switzerland and eventually on to Indonesia, where his writing career began in earnest. His debut novel, Song of the Sacred Mountain, published by Penguin Random House SEA in 2021, is acclaimed for its unique narrative style, colorful depictions, and unflinching portrayal of a young woman at odds with her heart. The Midwest Book Review called the novel ‘an enchanting, gifted tale that asks the most compelling questions of our time’. Tom Flynn of the Council for Secular Humanism wrote that, ‘like the protagonist in William James’s novel, increasing numbers of young people are asking hard questions about the role of religion in society and finding answers in a more secular approach. Song is a book that speaks eloquently to and about them.’ A Canadian citizen, he splits his time between Montreal and Jakarta. 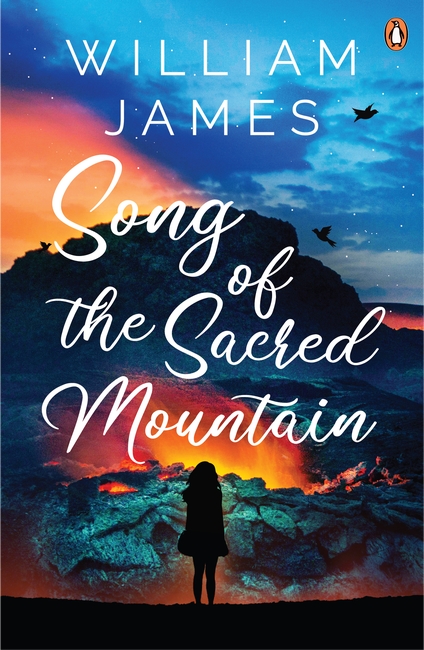 Song of the Sacred Mountain